If only I could return to that moment.Aug. 18, 2017Japan90 Min.PG
Your rating: 0
9 1 vote
AdventureAnimationDramaFamilyFantasyForeignKidsRomanceTagalog Dubbed

One summer day, a group of sixth-grade boys have an argument about whether fireworks are round or flat when viewed from different angles and embark on a journey for the answer during the annual firework festival. Meanwhile, one of their classmates, Nazuna, is troubled by her parents’ separation and decides to choose one of the boys – Norimichi or Yūsuke – to run away with, depending on who wins a race at the pool.

Fireworks (also known as Fireworks, Should We See It from the Side or the Bottom?) is a 2017 Japanese animated romance film based on Shunji Iwai’s live-action television film of the same name. It received mixed reviews from critics who praised it for music and animation, but criticized the narrative and characterization. It is the sixth highest-grossing anime film of 2017 and has grossed over $26 million worldwide. It was later released by Madman Entertainment, Anime Limited[4] and GKIDS. 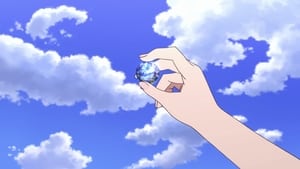